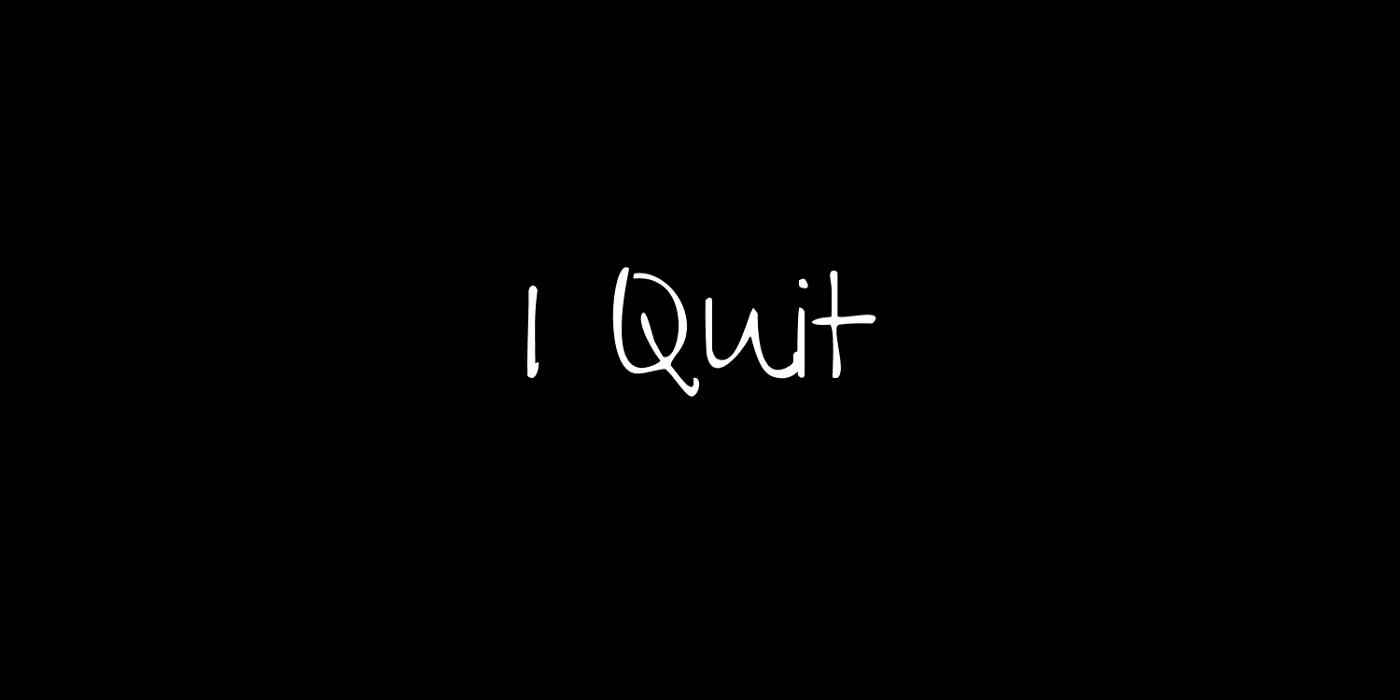 You are as good as the people you surround yourself with.

I believe in a simple philosophy. You are as good as the people you surround yourself with. Whether that is in life, work, or any situation in general. That is why exactly, 3 weeks after starting my new job I quit.

Let me tell you a quick fact about consultancy in general in Italy. The code is trash more often than not. No tests. No comments. No proper architecture. And most importantly, NO CODE REVIEW. I’ll talk about these problem in a whole different article. Bottom line is, I wanted to bring that culture to consultancy.

Why I got the job

I was on the hunt for something new, when I stumbled upon this small consultancy in Milan called Crispy Bacon. I saw they had a job opening, so I did what no one ever does; I DMed the CEO directly, explained my passion, and asked to be considered for their iOS position and UX position.

The feedback I got was positive, and after a series of primary interviews, I landed the final one with the project manager and CTO of the company.

During that final job interview, I made it abundantly clear that my number one goal is to work in a company and environment that will help me grow as a software engineer. I don’t care about the job title or the pay, all that is useless if I am not getting better each and every day.

I was assured that even tho the code is not top notch at the moment, they do believe in clean code, team culture and don’t want developers that copy and paste code from stackoverflow.

We agreed to do a 3 month trial period to see if I like what they have to offer and if they like my work too.

Day 1, 2 and 3, I had no company macbook, and for legal reasons I could not use mine. So I spent the first three days just experimenting on playgrounds with future things they had in mind to develop.

Day 4, my macbook finally arrived, but my credentials are still not yet activated. To be fair, this did not depend on them but on their client. I use a colleague’s credentials and download the project. An hour later, I knew there was no way I will stay longer than those 3 month, here’s why:

Bottom line, the code was bad and unmaintainable.

I don’t want to go into the details of everything that was wrong in the code, because that is not what made me want to leave instantly. It was who I ended up working with.

I believe in a culture based on constructive feedback. In order for a person to improve, [s]he needs to accept feedback, work on it, and give feedback back to help other improve. It’s really simple.

However, what I ended up facing was cynical, passive aggressive colleagues who took constructive feedback as criticism. The mind state basically is “as long as it compiles, it works.”

Below is a screenshot of a conversation I had with one of those colleagues:

It translates to the following:

That was the last drop in the bucket. Working in a toxic environment is a no no for me. People who refuse to get better, can not help you get better.

A week later, I sent an email to the CEO, thanking him for the opportunity and resigning citing the same reasons I wrote in this email in more details.

Never settle for a job, even if the pay is good. Aim for a job that offers you colleagues that can help you improve and become a better version of you daily.